Last Saturday I tried working outside like I had planned but it was really really windy out and it was also pretty cold (46 degrees). After about 30 minutes my hands started to go numb and I realized I wasn't having any fun (which is the whole point) so I decided to hold off until warmer weather. Of course on Sunday it was 65 degrees but I had other things to do...

Anyway, here are some pictures showing the small bit of progress I made. I laid the cab down on its side to make it easier to work on. I sanded the entire surface using 100 grit sandpaper just to rough it up so the bondo would have something to stick to. Then I started patching the holes and dings. I had to work fast because after mixing the hardener there's only about 4-5 minutes before it sets. 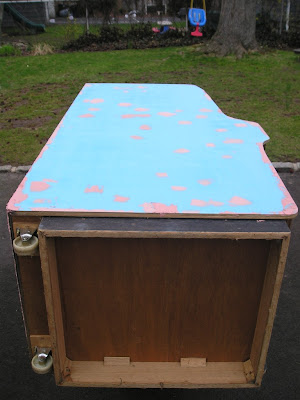 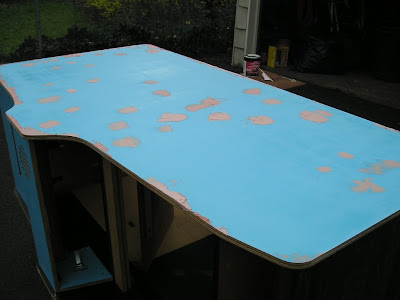 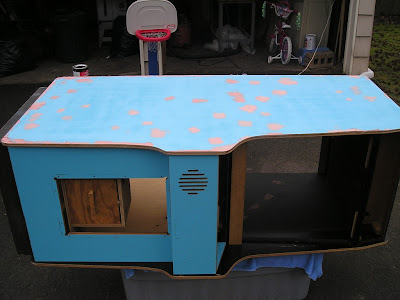 Here are a couple of close-ups so you can see how sloppy I was. The edges were a mess in some spots but I'll just sand it all smooth and no one will ever know. 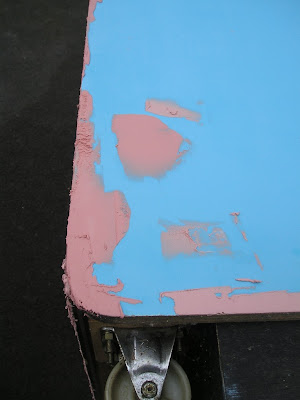 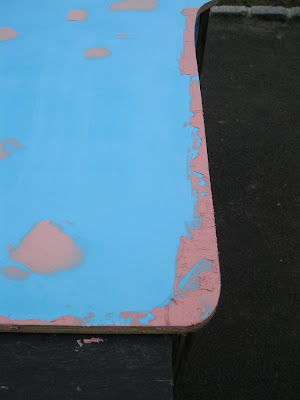 I used this type of bondo (there are several differnet brands/types to choose from): 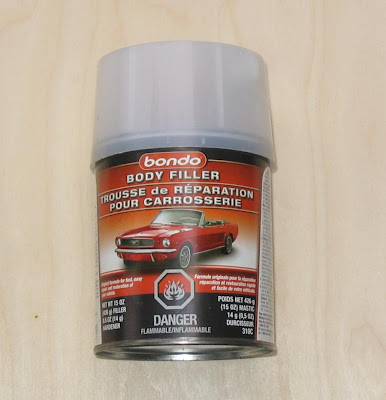 It was easy enough to work with - the real challenge in making it look nice will be in the sanding and painting.

I am looking forward to following along with this restoration. Your Bella cabinet blog was a big inspiration to me last year working on my own cabinet. You're keen for details and take a lot of pictures, which is always a big help to people that come after trying to do the same thing. Keep up the good work.