The next thing I did was route out some material on the bottom of the control panel in two places. First I cut the groove/slot for the metal plate/catch thing to sit in so the control panel can lie flush when installed.
It was pretty easy to do. I used a 1/4" straight cutting bit with my plunge router positioned against a straight edge. I marked off the end points and made the cut in two passes. 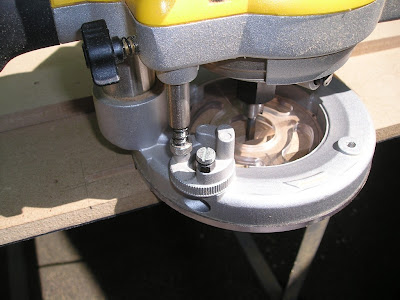 Here is the finished groove: 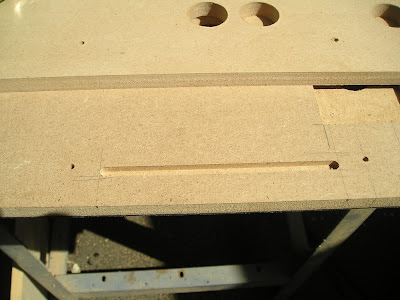 And this is what the setup looked like with the straight edge for the router to run along: 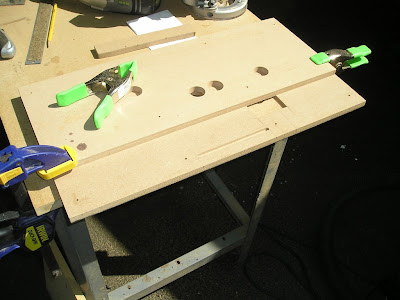 No big deal though. I set up the straight edge and router exactly the same way as when I cut the groove and just slowly removed the material working back towards the straight edge. I don't have any pictures of this part but here is the back edge of the original control panel so you can see what I'm talking about: 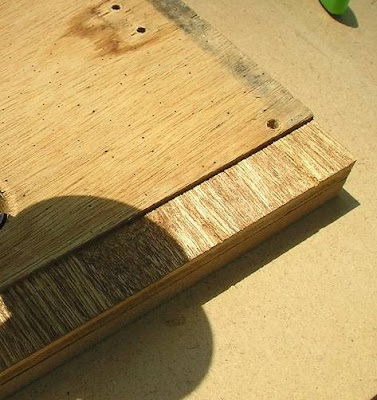 Next up - cutting the t-molding slot and installing everything.
More later.
Posted by Some guy on the Internet at 6:00 AM