Almost there... the next thing I did was line up the joystick in the hole I had cut out. I just eyeballed it but I have a good eye and it looks like I got it dead-center. To help out with the process I installed the control panel overlay and sandwiched the joystick dustwasher in between the MDF/ABS panel and the overlay. All I had to do was center the dustwasher hole in the overlay. 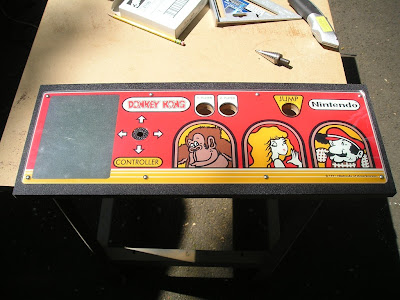 Once it was lined up I flipped everything over, made sure the joystick was square to the panel and then traced it with a pencil. Then, using my router set to a 1/4" depth I freehanded out the rectangle I just drew. 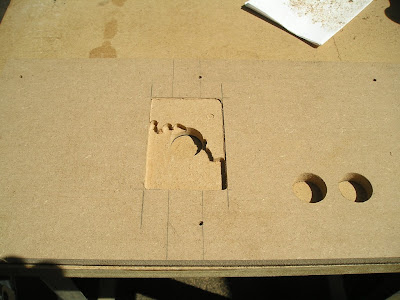 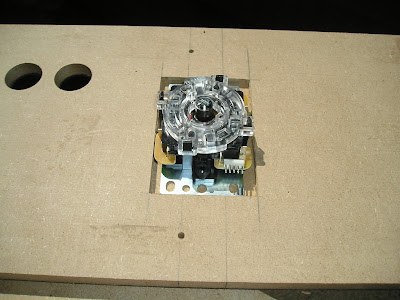 Not bad, eh? It will take some fine tuning with the 4 corner bolts in order to secure it and make sure it is perfectly centered in the plastic control panel overlay.

Next up - cutting the groove on the bottom which receives the metal latch thing on the front of the cabinet. It's hard to explain until you see it...