What a pain! After I rebuilt the entire base again due to my stupidity it was time to attach it to the cabinet. The first thing I had to do was remove the existing base. This proved to be very difficult because the original was attached from the inside using small staples that I couldn't see. I ended up using a crowbar to pry all 4 pieces off and it took quite a bit of strength.

Here is the bottom without the base: 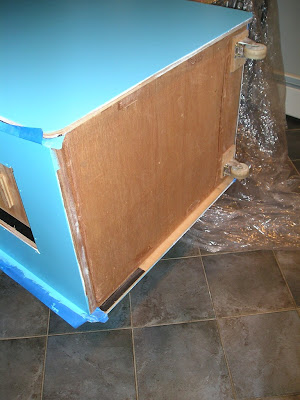 The next part wasn't so hard. I bought some L-brackets and used them to secure the new base in place. I pre-drilled all of the holes for the screws and it went on pretty quick. I was going to use more but after putting the first 4 in place it was rock solid so I left it. 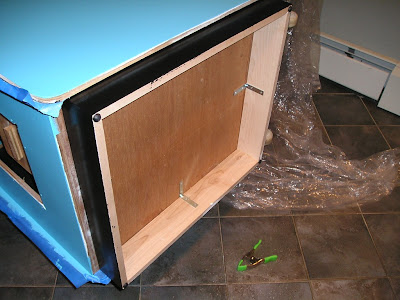 It looks pretty nice installed. It isn't something everyone will notice but I think it looks a million times better than what was there previously. Plus, I was able to add the rubber feet which will make it easier on the floor of my house. 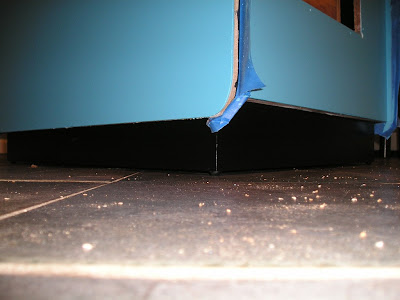